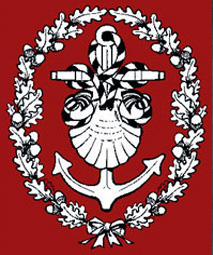 The Balchin Family Society celebrates its 25th Anniversary on the first weekend in September 2019!

The origins of The Balchin Family Society go back to 1989 when Pat Green, who is sadly no-longer with us, sent out a circular letter to Balchins found in telephone directories and a questionnaire, with the intention of forming a One name Group.  Pat had been keen on Balchin family history for many years, her uncle, John Walker (1901 -91) had compiled a family tree.  Pat used this and her own research to trace Balchin lines beyond her own family. Professor William Balchin was the first to write back. The Group was registered in April 1991.

On 6th November 1991, the day before John Walker died, Pat met Robert Balchin (now Lord Lingfield), Professor William Balchin and Adrian Hindle-Biscall and the decision was made to set up a Balchin Society.  The first gathering was arranged for September 1994 (1994 was 250  years after Admiral Sir John Balchin’s ship HMS Victory was lost). Adrian obtained the contacts’ addresses from electoral and telephone registers, while the gathering was organised by Sir Robert Balchin with the help of his conference organiser.

One hundred and sixty-five Balchin family members, some from as far away as Australia, South Africa, America and Canada attended the first gathering on the first weekend in September 1994 at the University of Surrey in Guildford.

The article that accompanied this photograph from The Advertiser, September 23, 1994 was titled “Relations not so distant at this great gathering” and read as follows:-

“BIRTHDAYS and Christmas must be a demanding time for the Balchin family – all 165 of them.  When there was a recent family reunion, many of the family had never met before. It took five years for Mrs Pat Green, whose mother was a Balchin, and Prof William Balchin, emeritus professor at the University of Swansea, to track down almost every Balchin in the English-speaking world.

Mrs Green, a keen amateur genealogist, managed to fit 90% of the Balchins on a family tree, some 20ft long. Most of them still alive in Surrey and many can be traced back to one family who lived in a large house in Bramley, which still stands.  The extended family met recently to hear the history of the Balchins and to tour areas of Surrey and London associated with the family and especially the Admiral Sir John Balchin who died at sea almost 250 years ago. The group made a pilgrimage to his memorial in Westminster Abbey and by boat on the Thames to see his portrait and model of his ship, the Victory, at the Royal Maritime Museum.

The whole family, many who had met for the first time, including long-lost cousins from Australia, America, South Africa and Canada, ended the get-to-gether with tea at the Lingfield home of Sir Robert Balchin.

According to several medieval documents in the British Library, the Balchins probably came to Surrey from Normandy in the late 1100s.”

An update on the Silver Anniversary Gathering can be found here.