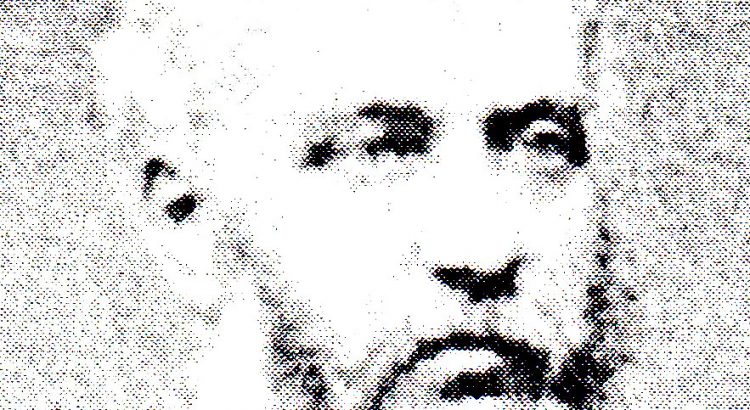 Edmund was born in 1826 and baptised at Shalford  on 14th May  1826, his parents were John Balchin, Bargeman and his wife Mary.  On 26th June, 1850 he married Mary Mandeville of Send, Surrey at Send Church, they were both 24. Her father was a labourer but John Balchin is shown at this time as a publican. John may have changed trade, but in later life he goes back to being a bargeman. Both these Surrey villages being home to a significant number of Balchins.

Edmund and Mary had at least six children, only three of whom appeared to have  survived to adulthood. These were Edmund  born in 1855, William Fletcher born 1857 and Sarah born 1860. The couple’s first child, born in December 1851, was also called Edmund, but died within a few days of his birth.  Sarah died in 1897. They appear on the 1841 census for Shalford with a two daughters.

Edmund became a Gun maker and probably did an apprenticeship with one of the Guildford gunsmiths. He would have had a good knowledge of explosives.  The Shalford junction on the canal is called Guns Mouth and there was substantial trade on the canal carrying gunpowder from the many gunpowder mills in the area. So young Edmund may have developed an early interest. His father would have inevitably carried it as cargo.

In 1850 Edmund is recorded as ‘gunsmith’ place of residence ‘Horncastle, Lincolnshire’ and his father as John Balchin, Publican. He is 24, so not long out of apprenticeship, and must have been working as a  journeyman/improver.

Sometime in the 1850’s Edmund and Mary moved to Hull in Yorkshire and by 1861 owned his own business at Mytongate, employing one man and a boy.

Unfortunately Edmund and Mary do not appear on the 1851 census, however, the oldest child recorded on the 1861 census was 6 and born in Hull so they were there in 1855.  The first Edmund’s birth, was registered in Hull in the 4th quarter, 1851, as was the baby’s death at age one month.  A second child Isabella, birth registered in Hull, 4th quarter 1852. She was baptised at Holy Trinity Kingston-upon-Hull, 23rd Jan, 1853 but died a year later and was buried at Holy Trinity on 12th January 1854. So, even though they do not appear to be on the 1851 census returns, Edmund and Mary must have moved to Hull in 1850/51.

Edmund manufactured all types of guns from personal revolvers, shotguns, muskets, heavy fowling guns in 4 and 8 bore and some punt guns. (You can see one of Edmund’s shotguns, a 12-gauge Damascus barrelled, side by side, hammer shotgun Circa 1850, by pressing this link)

Although less well known Edmund developed and patented an exploding harpoon (known as the Balchin Bomb Lance) which terminated the life of a whale much more quickly than by previous methods thereby reducing its suffering, and making life safer and easier for the sailors. Edmund first registered his patent in January 1859.

From the 1850’s onwards shoulder guns were used to shoot bomb lances at whales. The bomb lance was filled with explosives and would explode soon after entering the body of the whale. The Balchin Bomb Lance was fired from a swivel harpoon gun, also manufactured by Edmund, and was used throughout the 1860’s. The Bomb Lance was made to be smaller in diameter to prevent it sticking in the gun barrel. A cylinder containing a fuse match was inserted at the back of the lance and this was ignited when the main charge of the gun was fired. The match was designed to burn a certain length of time so that the lance explodes once it had hit the whale. An image of a similar Bomb Lance can be seen by following this link.