The 2013 Gathering, attended by over 30 members of the family, was held in the Village Hall, at Brockham Green, near Dorking in Surrey.  Unusually for a Balchin Gathering, it rained, or rather there was bright sunshine punctuated by really heavy showers which thundered on the hall roof.  This did not spoil the enjoyment of the day which was a wonderful mix of new Balchin information and catching up with old friends.  Between the showers it was even possible to take a stroll on Brockham’s picturesque village green.

The day had a distinctly political flavour beginning with more information from Diana’s wonderful archive of her mother’s pre-war visit to Germany, and the friendships between English and German schoolchildren which all too soon were interrupted by the tragedy of the Second World War.  Diana even brought along a beautiful woollen Bavarian cardigan that her mother had bought on that visit.  The letters, photographs and cardigan powerfully captured a moment in time.  Jenny briefly outlined the military and political career of Prime Minister  Clement Attlee, before moving on to explain the relationship between The Attlee and Balchin families.  Then bringing our political theme right up to date, Bob described working with Prime Minister Margaret Thatcher and attending her ceremonial funeral earlier in the year.

Nigel brought us back to pioneering local events, describing the Wey and Arun canal, one of the first canals in Britain.  Nigel explained how the canal ran through Balchin heartlands, and how members of the family had been involved in its operation.

As well as new information everyone enjoyed the old favourite, ‘What have you found’.  Topics were as diverse  as a Balchin household winning a prize for being one of the best decorated houses on the Isle of Wight at the time of the Queen’s Silver Jubilee, to the disability grant application made by Thomas Balchin arising from injuries sustained while fighting for the Southern States in the American Civil War. The Balchin family are a very varied lot and no matter how hard we research never fail to come up with surprises.

Bob updated us on a subject everyone is keen to know about – progress with the exploration of Balchen’s Victory.  Then, after a day so full of new and interesting information that we ran out of time, we finally packed up all the displays and headed back across Surrey to our homes.

The Gathering, our nineteenth, was a great success. 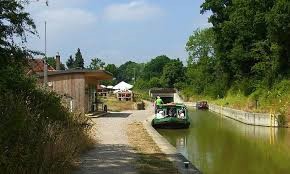